Experience a park that’s being restored

A project that’s getting results

Our guests get to be a part of it

The Luambe Conservation Project was formed to change this and over the last 6 years, has quietly been achieving amazing results. But NOW we are inviting guests to join the project as it expands into its exciting new phase!

Why come and visit the Luambe Conservation Project? 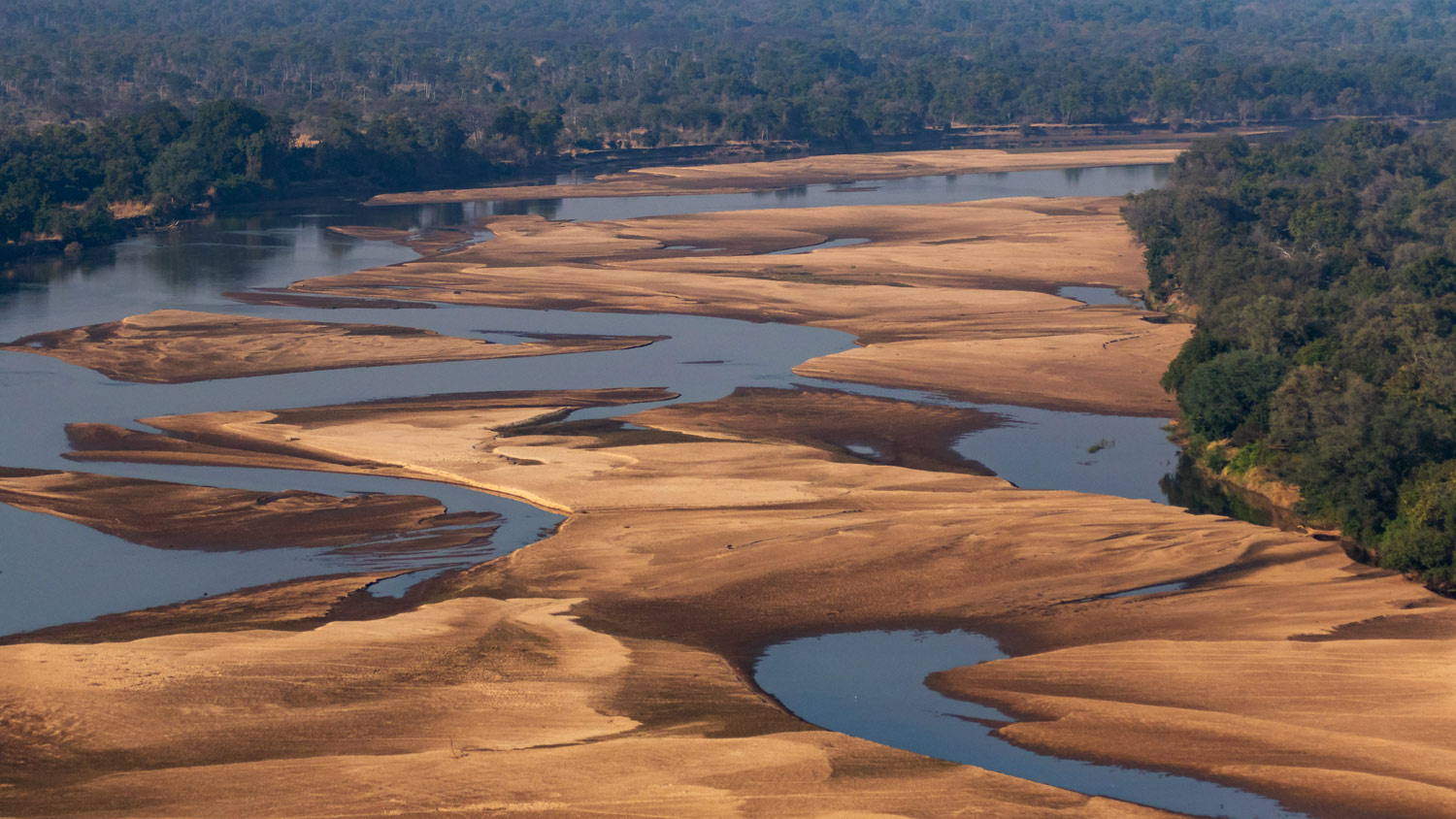 IT’S IN THE LUANGWA VALLEY

Luambe’s location in the Luangwa Valley gives you access to explore one of Africa’s greatest wildlife regions. 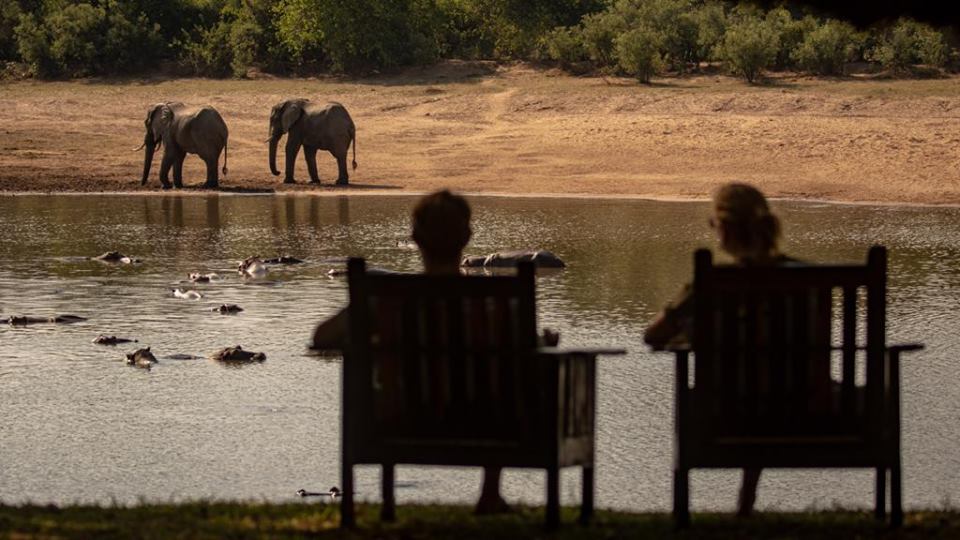 HAVE SIGHTINGS TO YOURSELF

Luambe Camp is the only accommodation in the National Park so your entire experience is private and you get all the sightings to yourself! 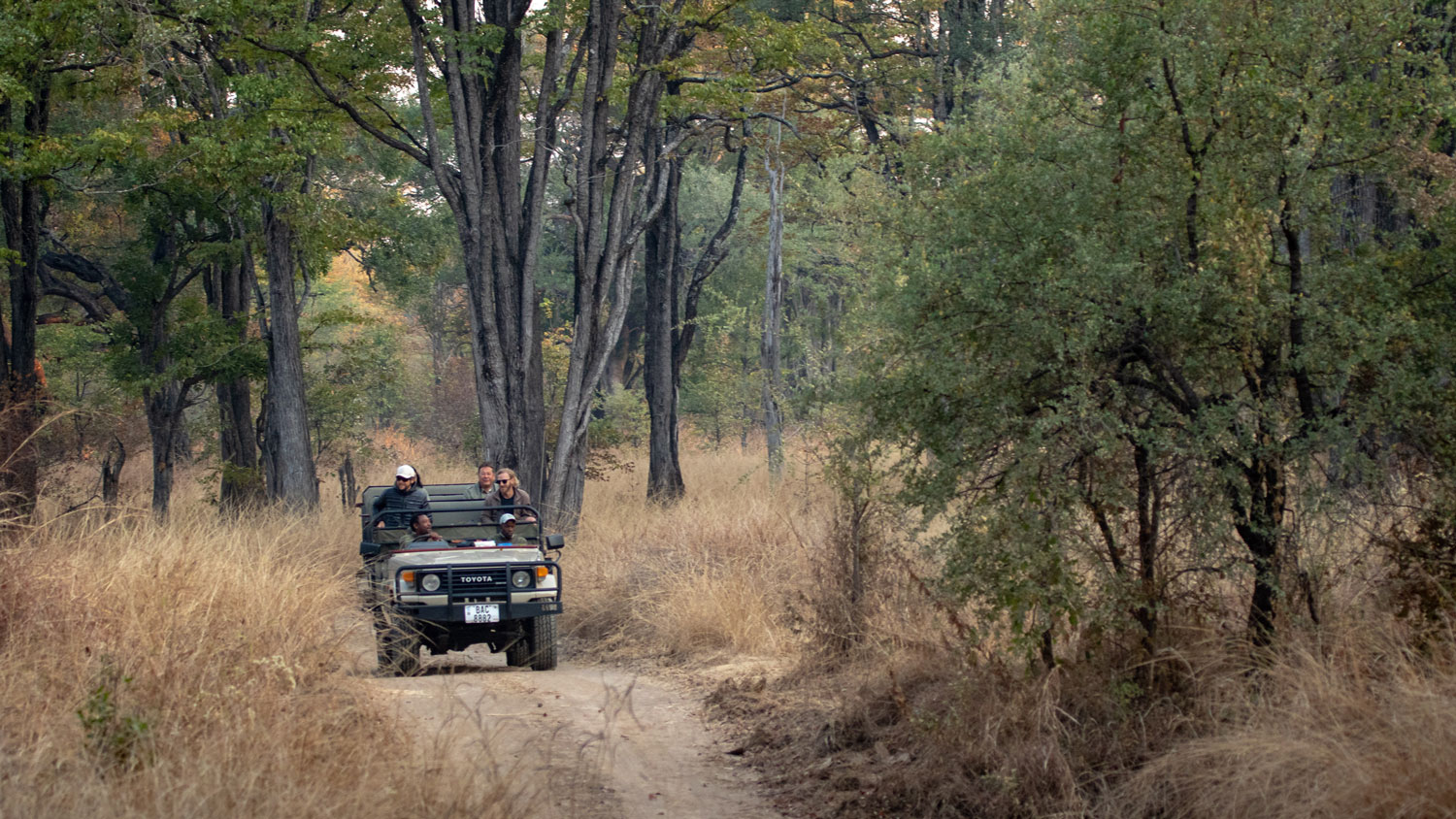 BE PART OF THE PROJECT

Help the LCP team with their mammal census on your game drives OR track and monitor large carnivore movements across the park.

“Luambe is being restored to the Luangwa as it used to be 40 years ago.”

Have you dreamed of staying in a wild place and saving animals at the same time? Now you can!

Help the LCP team with their mammal census on your game drives OR track and monitor large carnivore movements across the park.

Listen to underwater hippo communication, learn the basics of anti-poaching or take escorted walks in the park setting up the Luambe camera traps.

Stay in our authentic and comfortable bushcamp and replace the “fluffy gowns and slippers” experience for our en-suite safari tents with incredible views over the Luangwa River and its many hippos!

What will you do when you visit the Luambe Conservation Project? 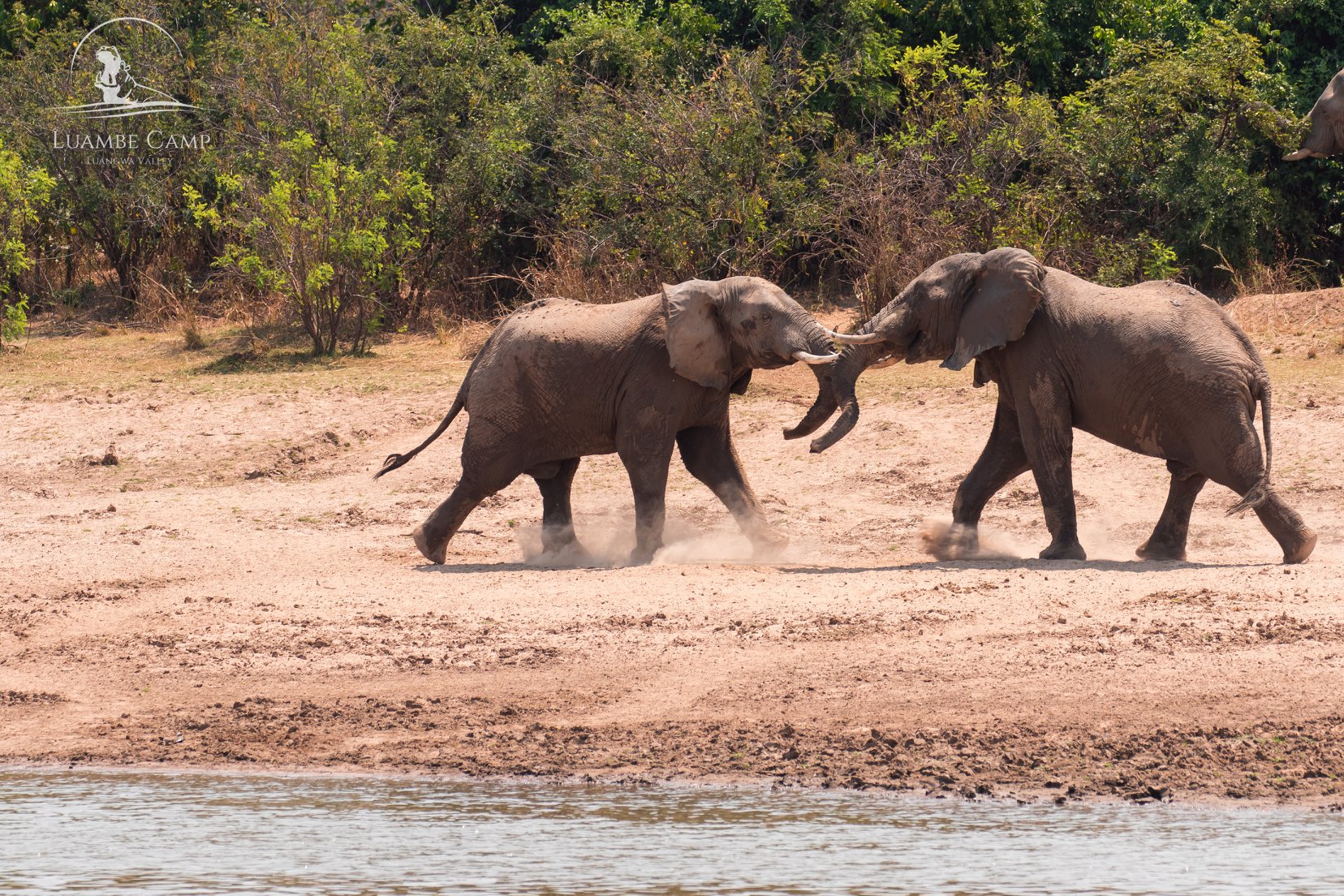 Whether its recording sightings on your drive OR joining our specialist teams tracking large carnivores, tracking mammal numbers is key. 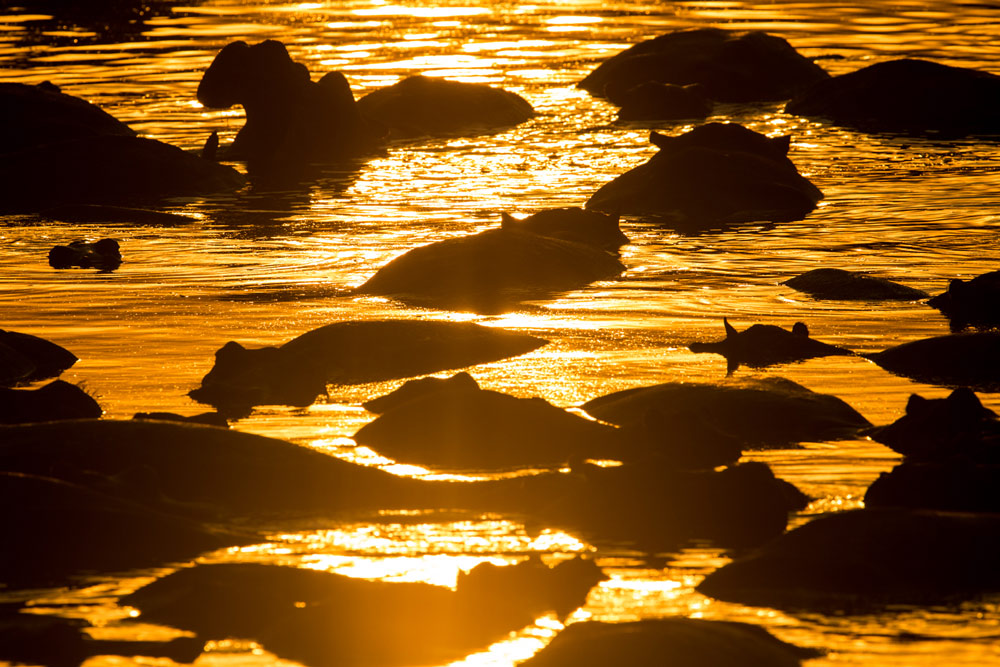 Underwater hippo sounds, bat echolocation, vulture and crane tagging – these are a handful of the exciting projects you can experience. 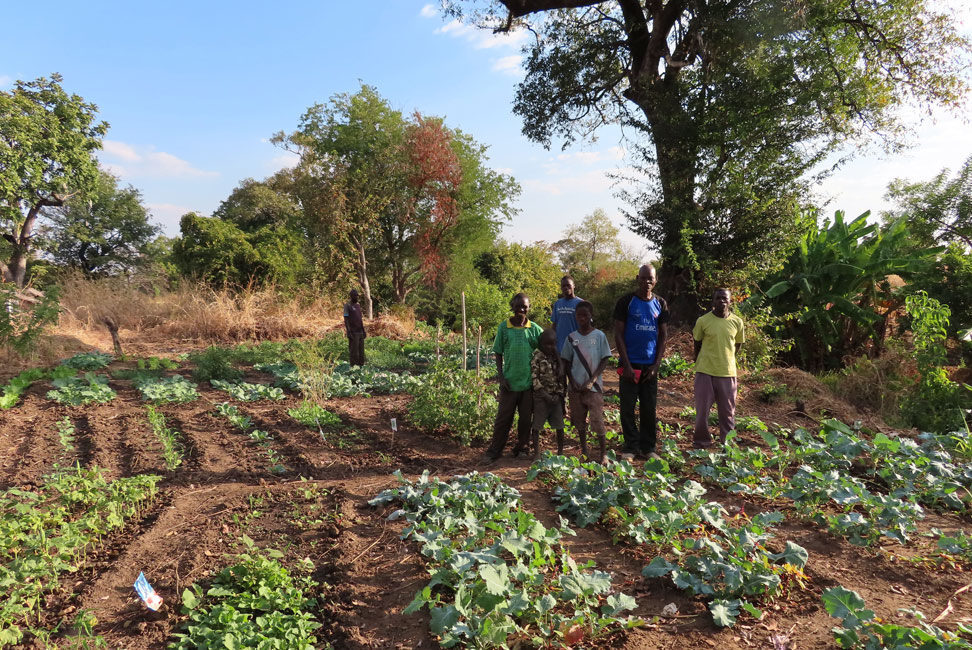 Experiece the human dynamic of the project from understanding wildlife conflict with the neighbouring villages to learning the art of anti-poaching.

“This is a chance for anyone who loves wildlife to have a safari and make a difference at the same time – the way it should be!”

There is more to Africa than ‘tourist-trap’ safaris! Why not join in protecting the wildlife at Luambe?

The key points of visiting Luambe at a glance:

Fly to Mfuwe then we can transfer into camp

Features of the Luambe Camp Accommodation

Find out what makes the Luambe Camp experience so special below: 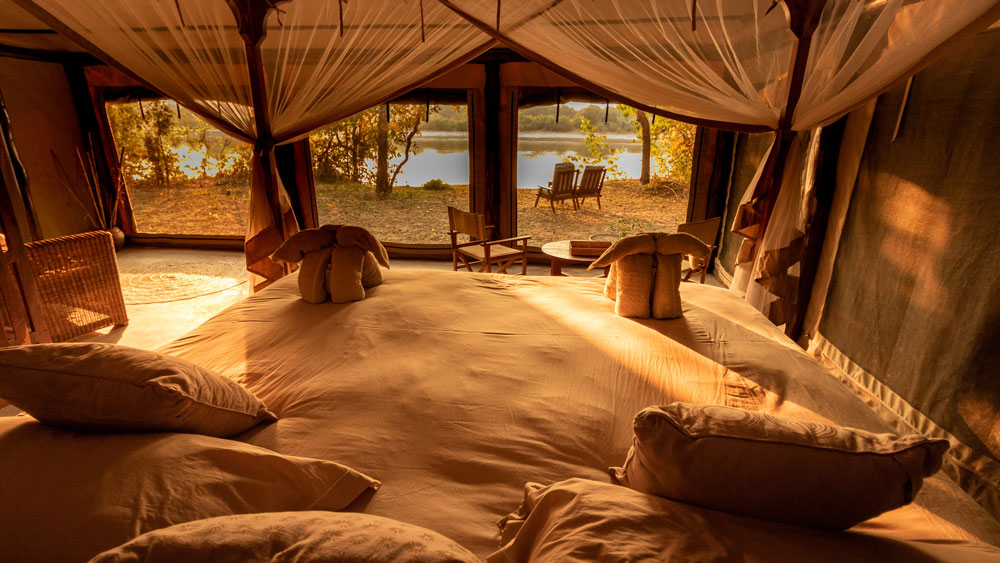 Our 5 en-suite safari tents overlook the Luangwa River and are large and spacious. Hot showers, great beds and homestyle dining ensure all the necessary comforts have been provided. 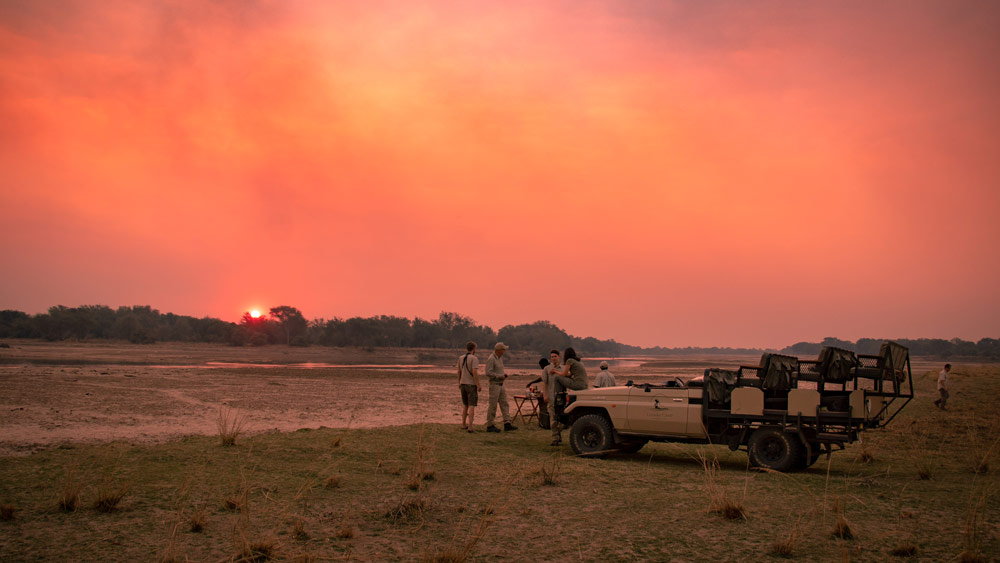 Your activities with Luambe Conservation Project can be tailored to your interest! If you would prefer a more traditional safari, we still offer the more traditional program but we do love to have our guests get involved in the real conservation work the project does. 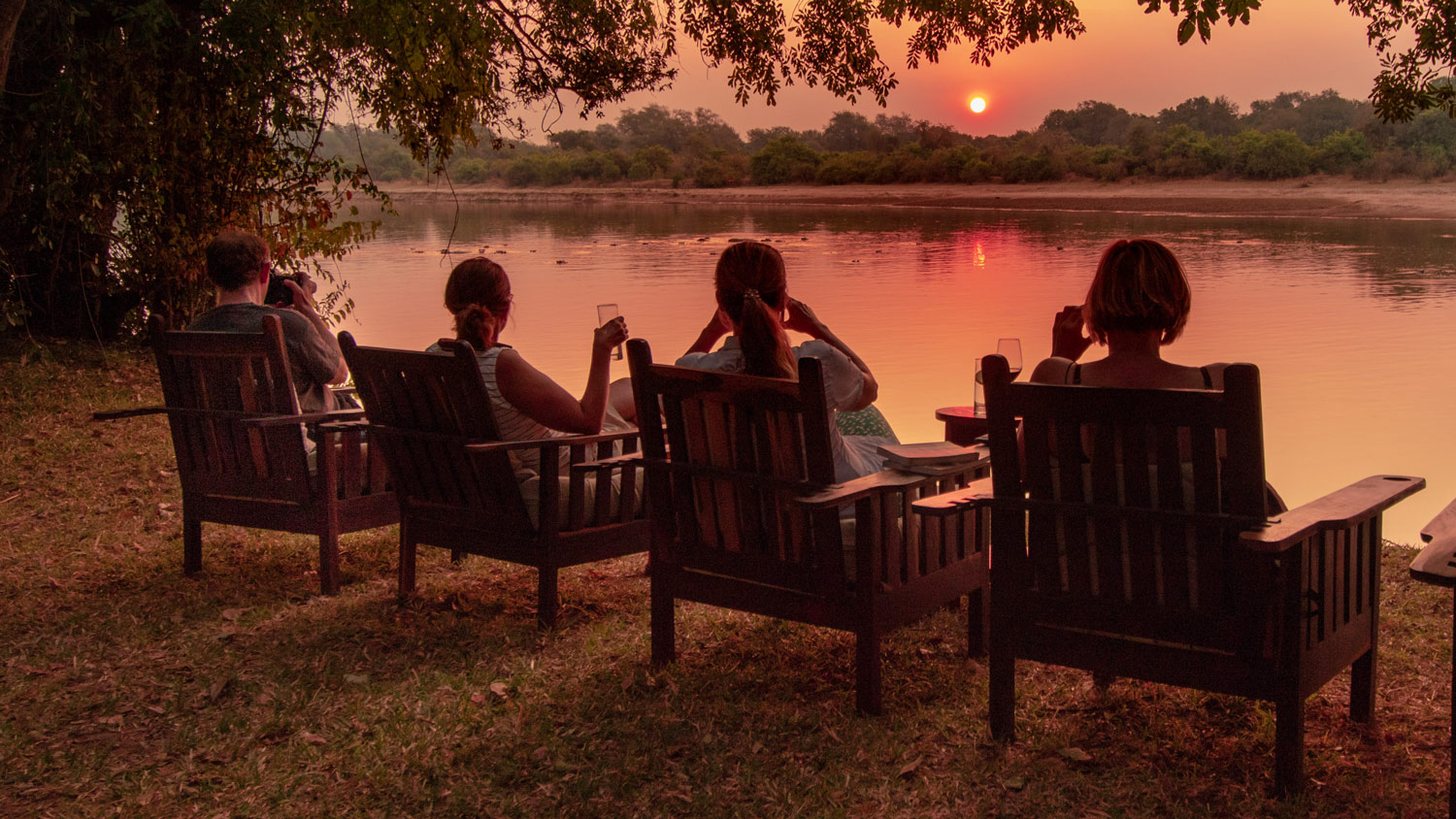 Our team are passionate about conservation and love spending time in camp telling guests about how the animal movements have changed over the years the project has been going. 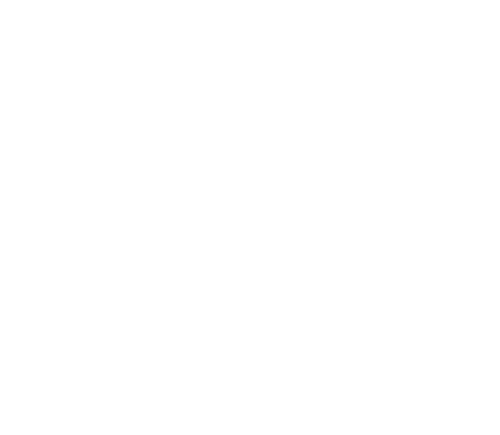 To make a booking, for Luambe Camps  please use the form below:

Please note that there is no campsite facility available. 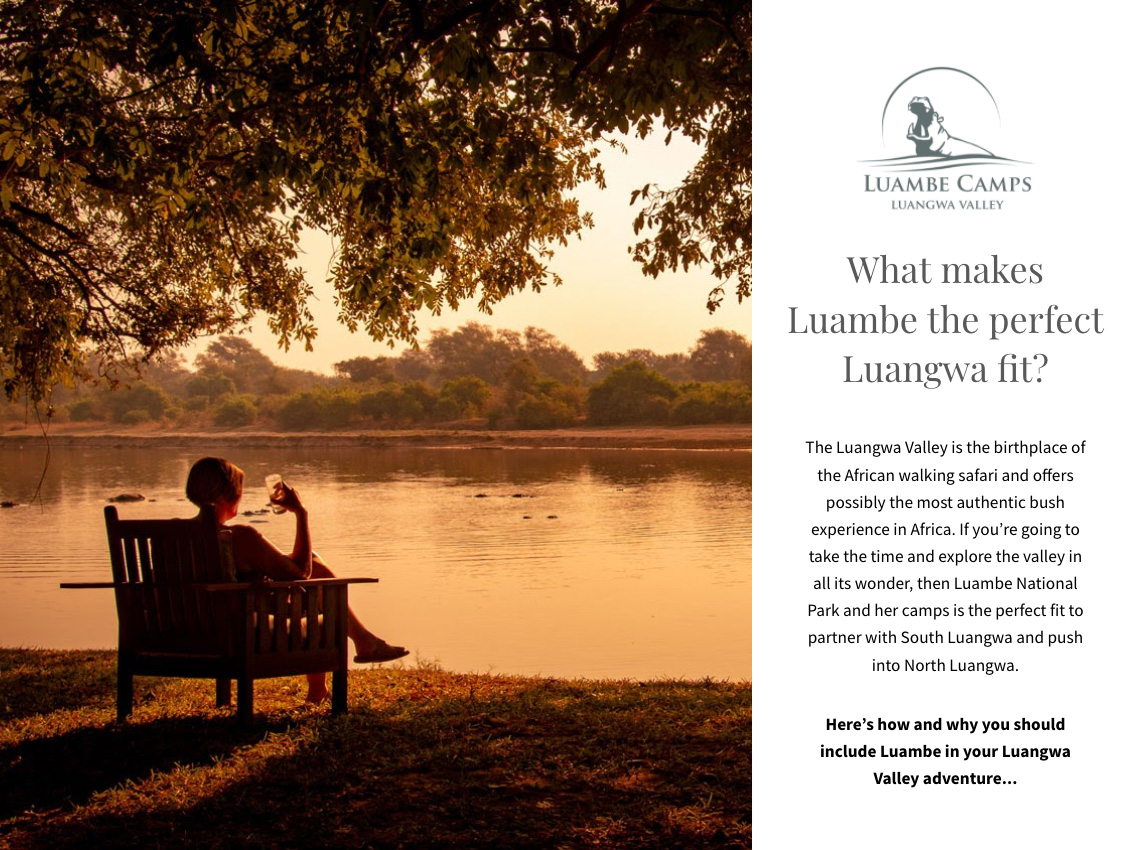 To find out how and why you should include Luambe in your next Luangwa Valley adventure, enter your email address below and we'll send you a FREE guide to help you in your travel planning.